Any Montanan who has ever said Grace over an elk roast would know there’s no good excuse for law enforcement with a crowd control mission to carry a suppressed weapon. The “cans”- silencers- on the barrels of these police assault rifles are useful for teaching children to shoot, because they dampen both sound and recoil. They’re valuable to assassins, snipers and hunters who want their targets not to be able to detect the source of fire. But they make automatic weapons unreliable, and their “poop-poop-poop” report has little deterrent effect on an unruly crowd by comparison to the ear-splitting crack of an unsuppressed weapon- which can be fired harmlessly in the air to call attention, when necessary. They sure do look cool, though- don’t they?

The only plausible explanation I can think of is that they want us all to know they’re The Police of the Police State- and we’re the “subjects”.

P.S. for Law Enforcement: The First Amendment gives The Press the right to take your picture. If you snarl at the camera, you can expect unflattering pictures of yourself to show up in the newspaper. Try smiling, instead. 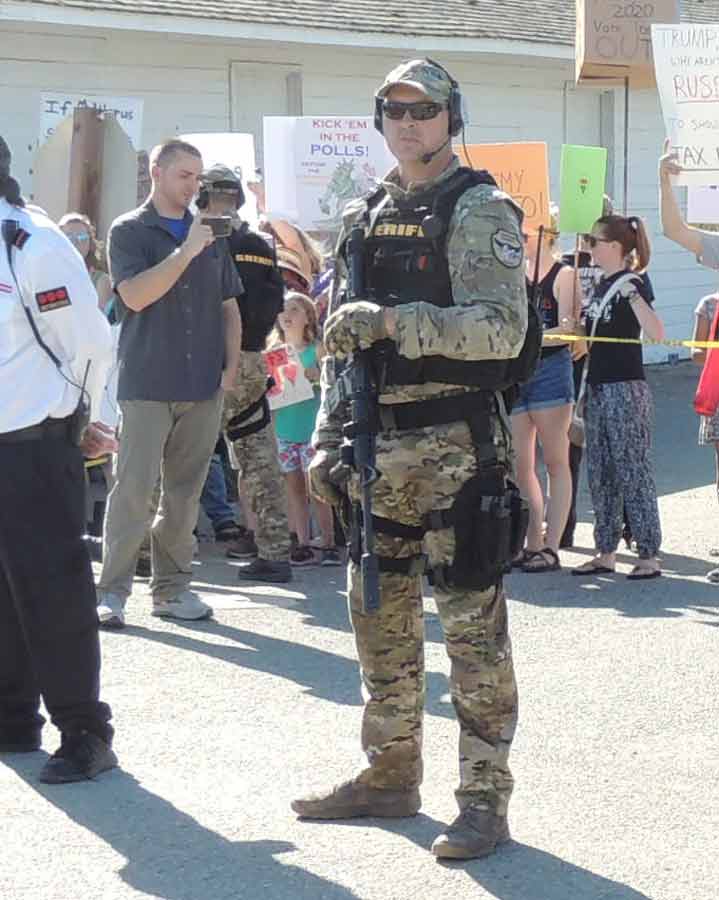 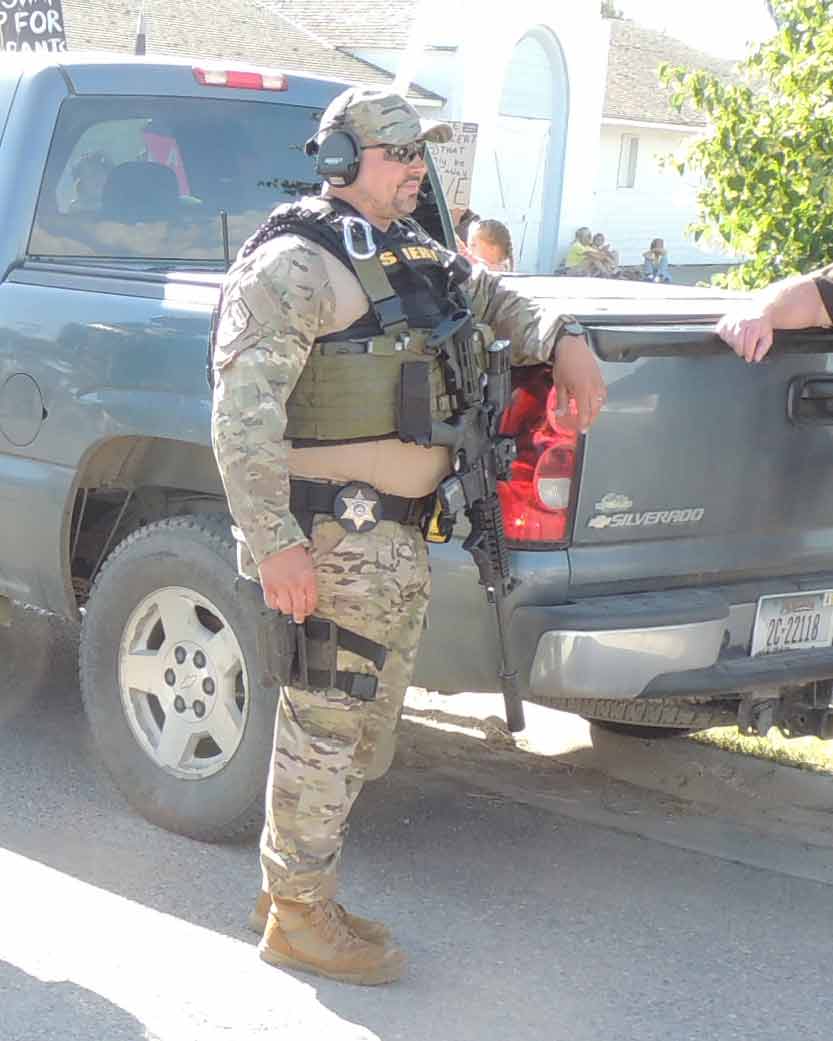 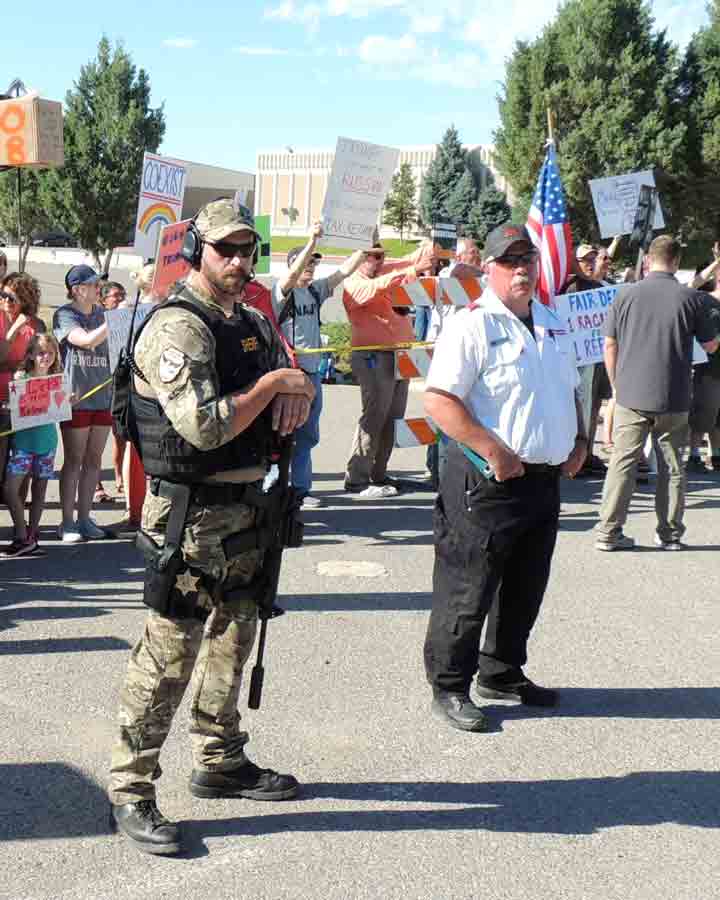 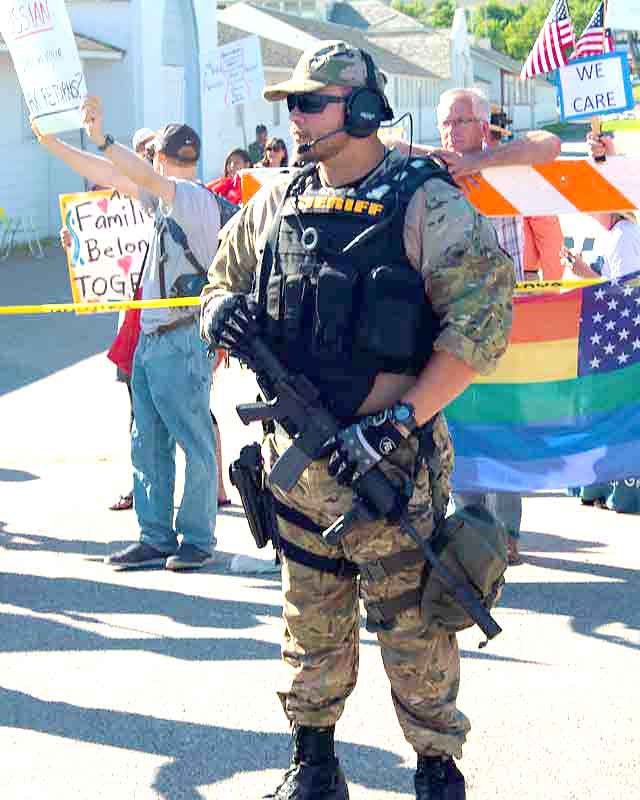 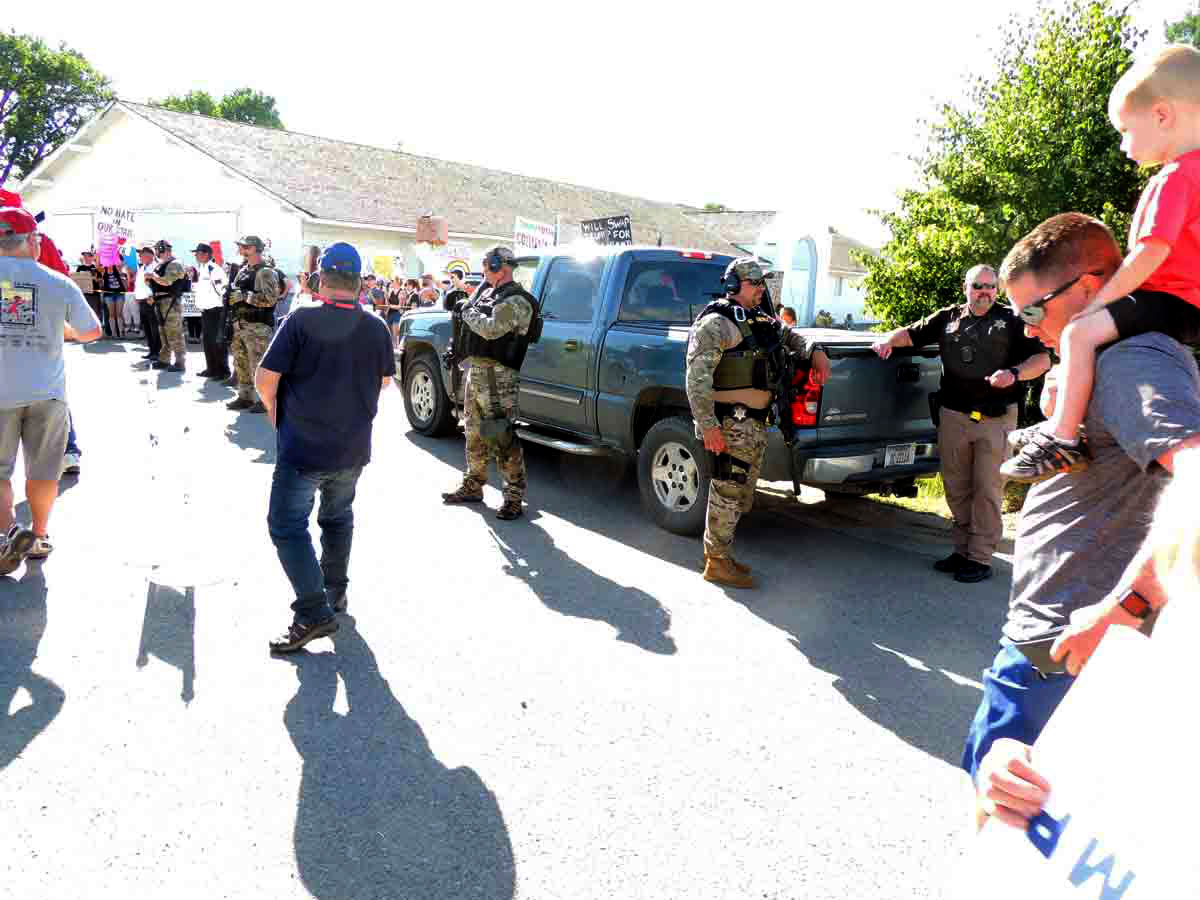